Based on Turkey Trouble
by Wendy Silvano

This recipe is inspired by the book Turkey Trouble by Wendy Silvano. In this adorable Thanksgiving tale, Turkey has an idea–what if he doesn’t look like a turkey? What if he looks like another animal instead? Then he won’t get eaten. After many hilarious attempts, Turkey comes up with the perfect disguise to make this Thanksgiving the best ever!

Try this disguise of traditional Thanksgiving stuffing made with sweet potatoes and butternut squash instead of bread. It’s flavorful, colorful and packed with antioxidants! Plus, it’s a one-skillet recipe so it doesn’t take up valuable space in your oven! 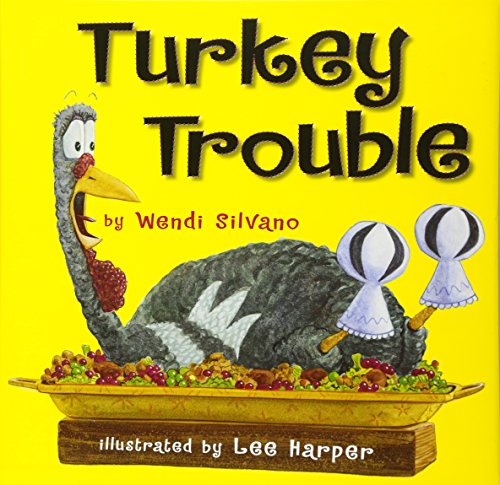 These complex carbs will fill you up without weighing you down so you can enjoy (a more balanced) feast this Turkey Day, whether you’re eating turkey or not!

Roasted corn and carrots would make a welcome addition to this festive holiday dish.